Staphylococcus aureus is a nasty little creature. This bacterium plays a sinister role in all sorts of chronic skin conditions, including eczema, acne and psoriasis. But how do you fight this bacterium without also killing all good bacteria that are important to our health? And how do you combat the MRSA variant, more commonly known as the hospital bacterium or ‘superbug’, which is resistant against most antibiotics and can therefore also be deadly? Micreos took a leaf out of the book of bacteriophages - a name that literally means ‘bacteria-eating viruses’ - which have been the natural enemies of bacteria for billions of years.

"We had our ‘Eureka’ moment when we discovered exactly how phages kill bacteria," says CEO Mark Offerhaus. “This insight allows us for the first time to provide an alternative to antibiotics that is actually selective and to which the bacteria are not expected to become resistant. We are talking about endolysin technology, which involves the use of little enzymes to cut the cell wall of target bacteria, like little scissors.”

Micreos is not a normal biotech company for a number of reasons. Within ten years of its foundation, it had grown into two divisions, each of which has marketed a number of products: Micreos Human Health, widely known for producing Gladskin™, and Micreos Food Safety, a pioneer in the field of phage technology for improving food safety. The company is currently involved in registering a number of medicines.

A game changer in the treatment of skin conditions

Well over a million persons in the Netherlands suffer from eczema, an often chronic skin condition involving red rashes, severe itching, infection and inflammations that may be triggered by all kinds of external influences and stress. "People generally have no idea about how much of an impact eczema has on quality of life," says Offerhaus. "For small children in particular, this impact is more massive than it is for almost any other condition." Gladskin™ does not help against eczema alone; in principle, it is effective against all skin conditions involving Staphylococcus aureus. This is true for about 70% of all persons suffering from eczema, but also for rosacea, psoriasis, specific types of acne and diabetic wounds.

Our technology is the first to provide a way to selectively kill unwanted bacteria without them becoming resistant.

Gladskin™ works differently from the antibiotics or corticosteroids that are currently used as the standard treatment for these conditions. "Our technology is the first to provide a way to selectively kill unwanted bacteria without them becoming resistant (see the text box). While Staphylococcus aureus is destroyed within a matter of seconds, its benign sibling Staphylococcus epidermis remains unaffected. And because bacteria do not become resistant to Gladskin™ and it does not impact the immune system, patients are able to use it for as long as they need to. It truly is a game changer."

This is also how Micreos was presented on the front page of The Times in 2014, the headline declaring: "Scientists create drug to replace antibiotics - Breakthrough in fight against superbugs". For Micreos's endolysin technology was first and foremost intended to be used to combat MRSA, a resistant variant of S. aureus. Turning such a weapon into an approved medicine is a very long process. However, creams, ointments or gels based on virtually the same active ingredient are not considered medicines, but medical aids. And having such aids approved for release on the market is a lot less complex and can be done much more quickly. "In 2011, we had our ‘Eureka’ moment and realised how we could turn phage technology using endolysins into something humans can use. Our first products hit the market in 2013. Such rapid development was really unheard of." 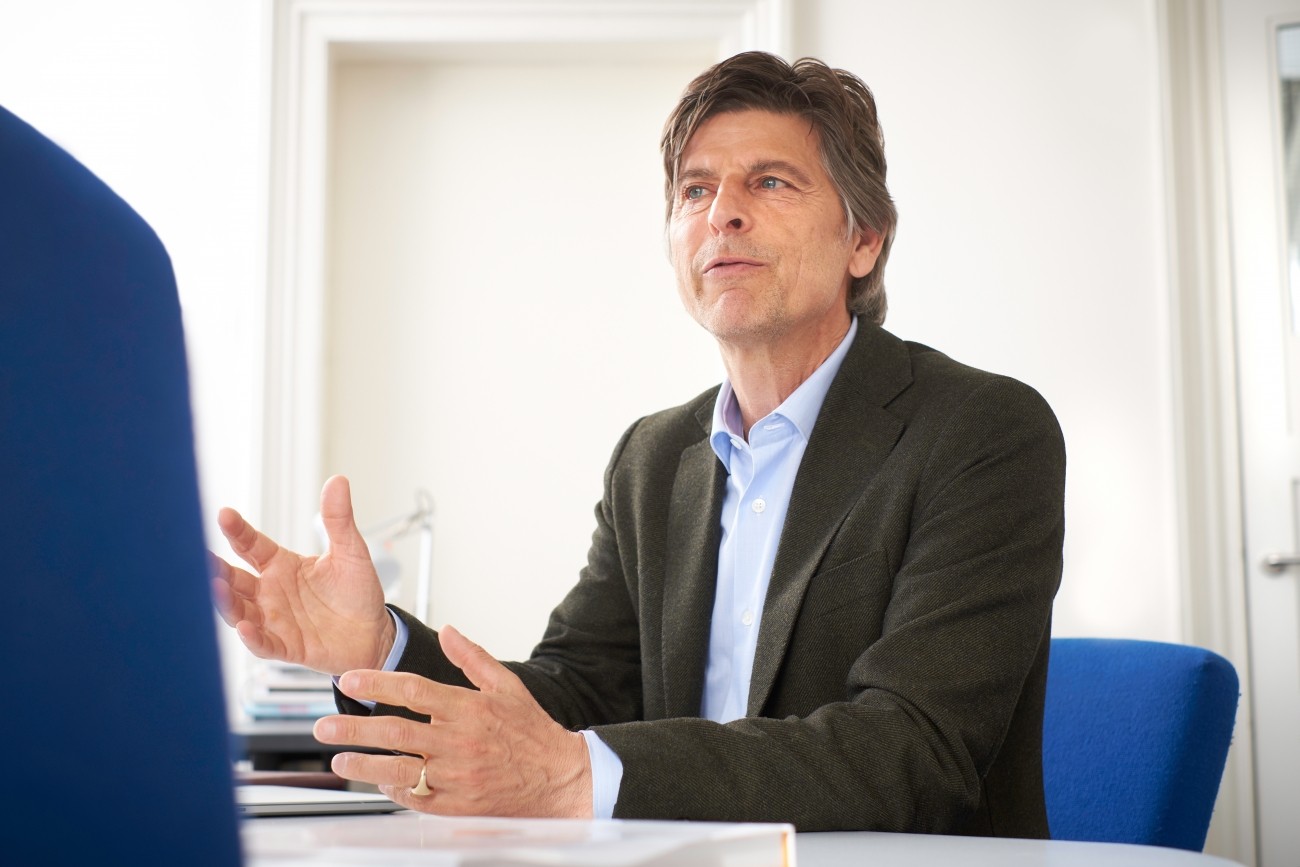 It is Micreos's ambition to continue to grow independently, only engaging partners where relevant - such as for marketing and distribution purposes - so as to proceed at full speed. A new office was opened in Zurich to boost the research side, while the incorporation of Micreos USA is scheduled for this year in order to service the largest market in the world. To be able to fund all these ambitions, Micreos has raised 30 million euros from investors in the past two years.

Will there still be room for HAMAPASAP when Micreos becomes even bigger? “Absolutely! One of the privileges I grant myself as founder of the company is to continue guiding the company in adhering to this keystone. This requires special attention and I'm focusing on it on a daily basis. There are few things that are more satisfying than building up a company and helping thousands of people at the same time."

Interview Read the whole interview with Micreos "Together with NLO, we have very precisely described the order of the amino acids that allow our products to work the way they do. Should a competitor create endolysins that are overly similar to ours, we will be able to see this and demonstrate that our rights have been infringed upon."
Share this page