A game was created for the occasion of NLO’s 50th birthday in June 1938: ‘Guess who’s head this is’. The leaflet was handed out to fill in during the boat trip and at dinner that same evening, the winner was announced. 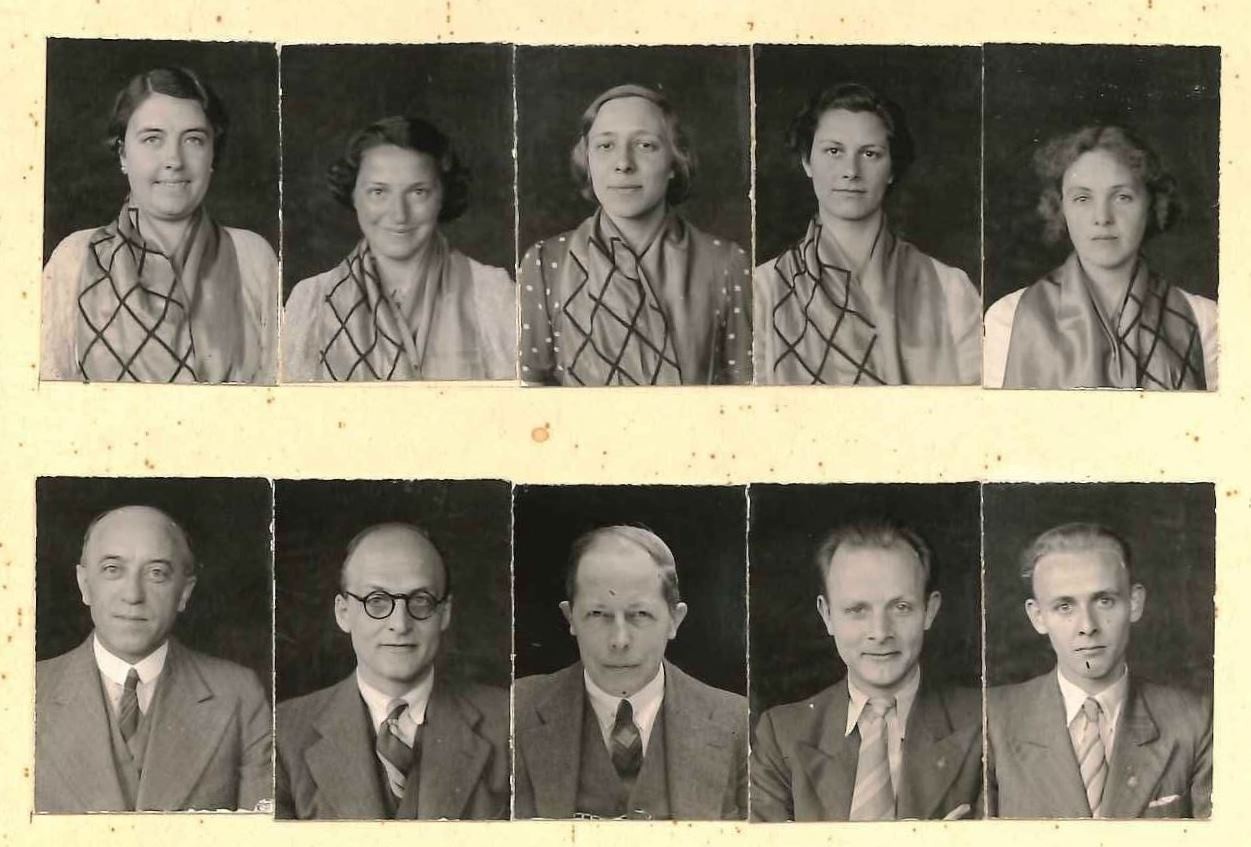 Another game, for the occasion of NLO's 75th birthday in 1963, took a bit more time to complete. The contenders had to fill in a ‘horizontale doorloper’, a horizontal crossword puzzle made in the form of the letters 'NOB', which was, until a few years ago, the acronym used for Nederlandsch Octrooibureau. 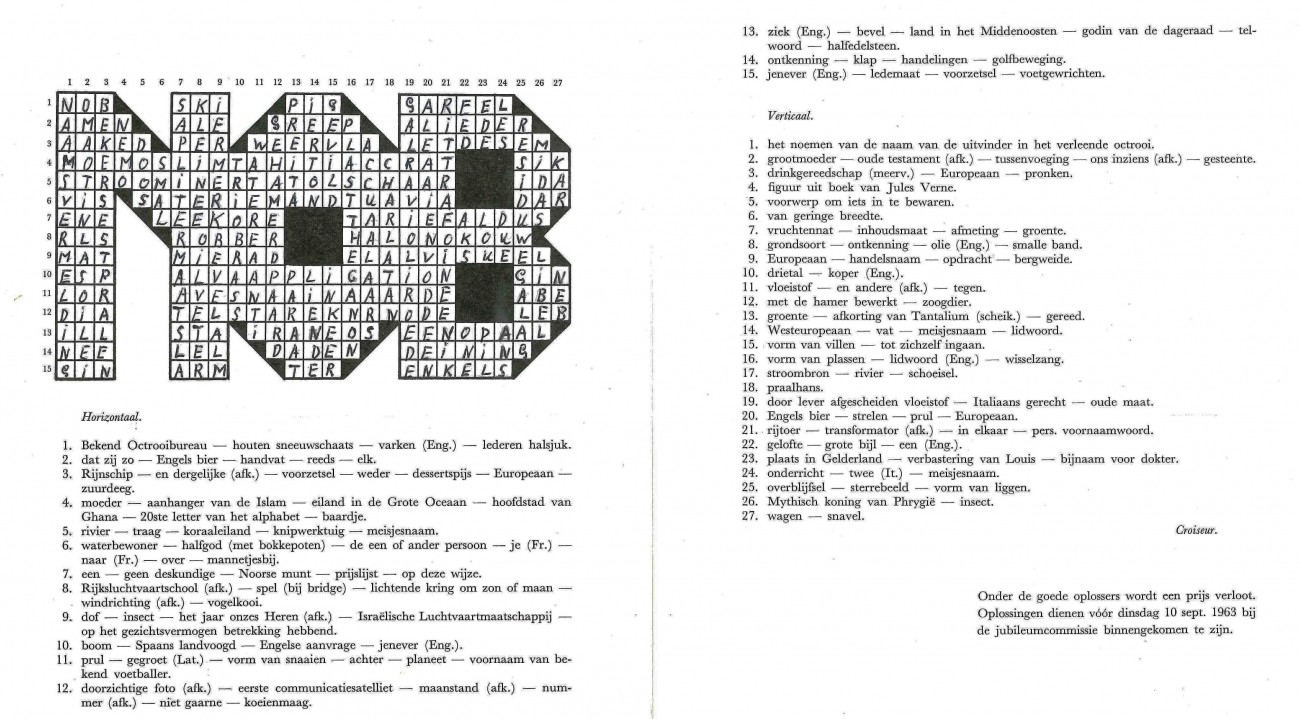 The horizontal crossword puzzle in the form of NOB, NLO's old name.

Fortunately, we do not have that problem with NLO! Although the ‘Nieuwe Lerarenopleiding’ (new teacher education program) also uses the abbreviation NLO. But thanks to various Russian IP firms we were informed that NLO, in Russian, stands for 'Neidentifikovani Leteći Objekat' or UFO in English: Unidentified flying object!