In June 1963 NLO celebrated its 75th birthday in the Marijkezaal of Hotel Central, Lange Poten, The Hague. The building is now part of the parliament.

Next to their wives are the partners of the firm: Frielink, Rusting and Van der Beek. At the time NLO’s location was Zwarteweg 5, only about 100 meters from the Royal Academy of Art. Patent attorney Baarslag had arranged a contest among students of the academy: the winning paintings would be bought on behalf of all employees of Nederlandsch Octrooibureau and handed as a gift to the directors. In the picture you can see two of the pictures that were bought and consequently have hung on the walls of the partners’ offices for many decades. But in 2015, shortly before the move to our current location, a mail was sent by Facilities, inviting employees to come down to the restaurant in the basement and select one of the paintings that were placed there. An etching of Pat Andrea, who did not win the contest, but whose work was bought anyhow, was picked up by Fred. Pat Andrea later on became famous for his illustrations in the books of Herman Pieter de Boer. He also designed the front cover of the National Rail timetable-book in 1979. His early work is now highly valued and fetches well over € 16.000 at auctions. 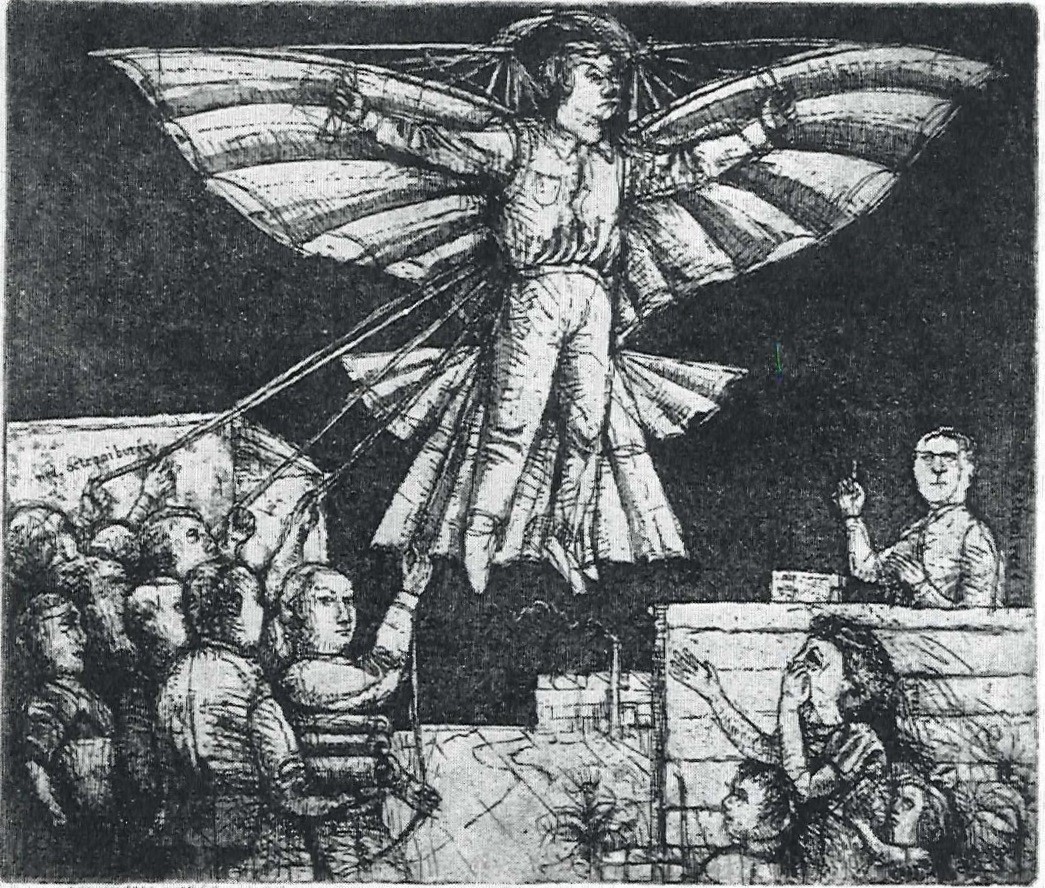 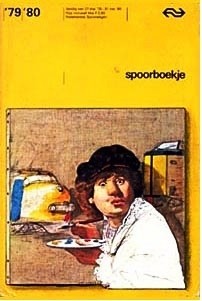