#TBTNLO: The Prime Minister and NLO

For many years NLO sponsored ‘Het Beste Idee van Nederland’ (the BIN Foundation). Inventors presented their ideas and a jury picked a winner.

Show 'The Best Idea of Holland' supported by NLO

Instead of donating money, NLO took care of the preliminary searches and the filing of a Dutch patent application for the most promising inventions. Chairman of the BIN Foundation Bernd Schneider, a client of NLO (who invented the highly successful Vacuum Wine Saver), handed the first issue of the BIN yearbook to Mark Rutte, then Undersecretary for Education. Of course also NLO was present for this event at the Ministry of Education. 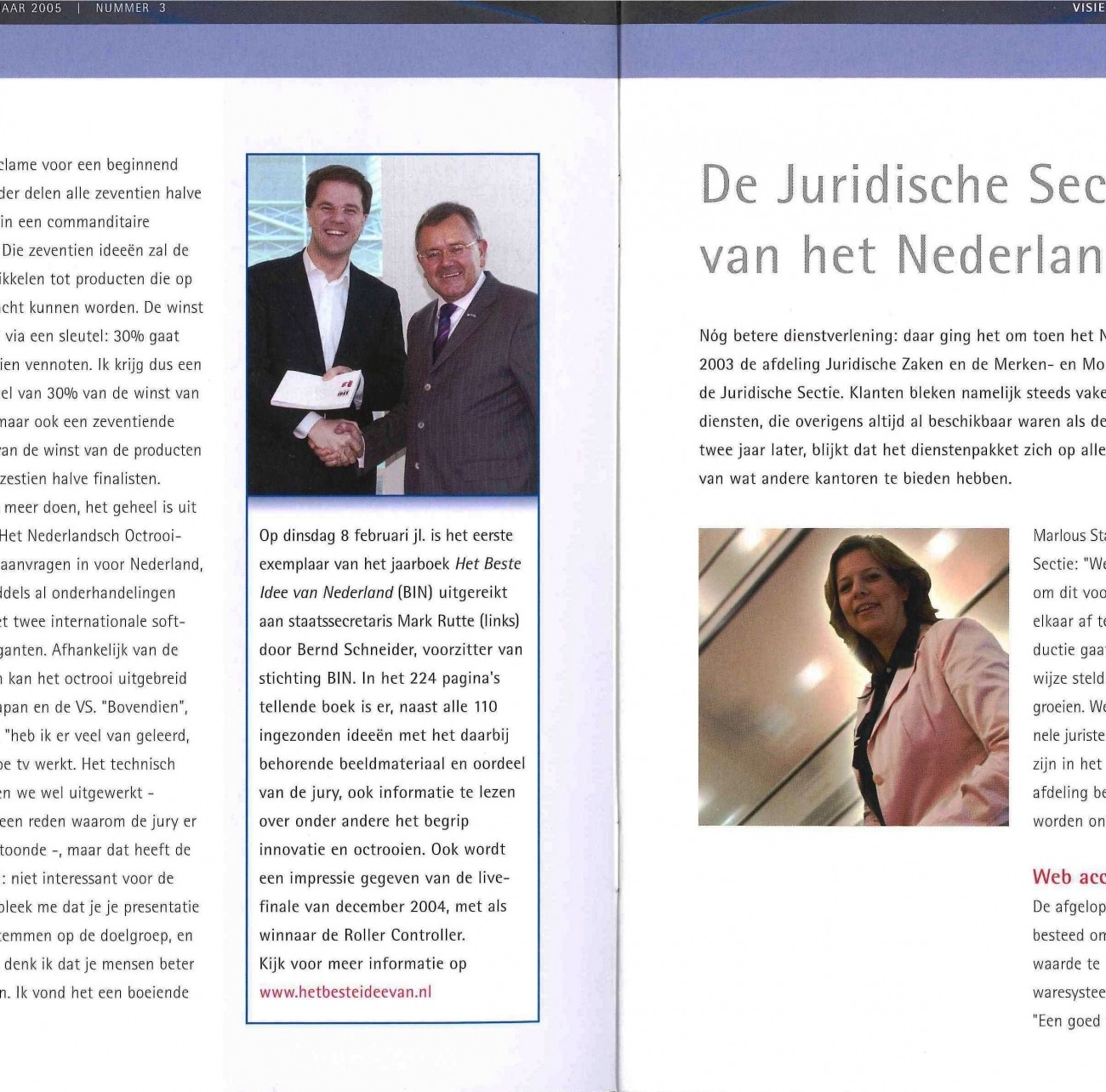 And when NLO celebrated its 125th birthday in 2013 Marc Krisman asked his namesake for a quotation in NLO’s memorial book. Who was pleased to respond and when NLO later in the year sent him some copies of the book, he returned one with his signature on the cover of the book.