UPC – Back to Square One

Patents
Written by Paul Clarkson
After 9 long years of optimism, all hope that the Unitary Patent package would come into force appears now to have been in vain. The UPC Agreement and Unitary Patent as we knew them, will not now enter into force.

Ever since the Court of Justice of the European Union (CJEU) gave its opinion in case CJEU 01/09 the path to a unified patent system within a large part of the European Union was rather clearly mapped out. The only requisite was that all participants would submit to the jurisdiction of the CJEU.

Despite the referendum result in 2016, the United Kingdom announced that it would continue to work towards implementation of the system and actually ratified the UPC agreement in 2018. The only last remaining hurdle was the ratification by Germany, blocked by a referral to the German constitutional court that has still not been resolved.

Now however, the period for ratification has timed-out. There were still a few who thought that a way could be found to keep the UK within the system while respecting the CJEU opinion in 01/09. On 27th February 2020, the UK government has categorically announced that they will not seek to participate in the Unitary Patent or Unified Patent Court system. And where there’s no will there’s no way.

It should be realised that (absent some very creative interpretation of the law) the remaining countries cannot simply go ahead alone. UK involvement is essential for the present version of the UPC. It is written into the heart of the agreement that the UK will play a role as one of the seats of the Central Division of the Court. The whole agreement will need to be redrafted and new political will will be needed to push this onto the agenda.

The Snakes and Ladders that I recall from childhood did not have a snake from square 99 back to square 1. Real life appears to be less forgiving. 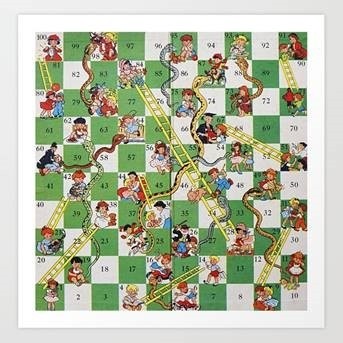