Dutch winemaker Ilja Gort has lost another claim in summary proceedings; this time around, it was a claim he had instituted against Clusius, a vodka brand from Katwijk, the Netherlands.

Gort’s company is the holder of the word mark ‘La Tulipe’, which has been registered for wines in the Benelux, among other countries. The Clusius distillery markets a vodka brand under the name ‘Clusius’. The ingredients of this vodka include tulip bulbs. For this reason, Clusius uses an image of a tulip and the word ‘Tulip’ on the vodka bottle. 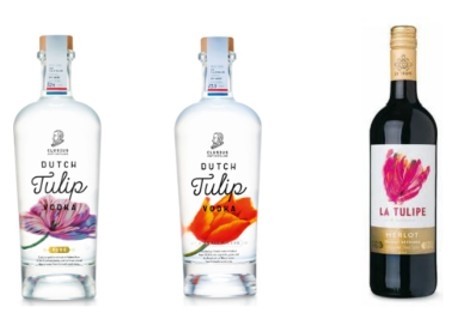 Gort saw this as an infringement of trademark rights for ‘La Tulipe’ and instituted summary proceedings. Clusius felt that there was no question of a trademark infringement, because it only uses the term ‘Tulip’ to indicate that the vodka is made from tulips or tulip bulbs.

Not an infringement: descriptive use

The court found against Gort in the summary proceedings, opining that the term ‘Tulip’ indeed refers to one of the ingredients of the vodka. Although Gort has a trademark registration for ‘La Tulipe’, he cannot ban others from using the term to indicate that a product contains tulips. In other words, the vodka producer uses the term ‘Tulip’ descriptively. Furthermore, the court ruled that the general public would not see a connection between the vodka and Gort’s wines. The fonts are different and Clusius uses its own logo on the bottle. What is more, there is a considerable price difference between the vodka (ranging from € 48 to € 295) and Gort’s wines (€ 3.99 to € 6.99) and the alcohol content of vodka and wine is different.

What about the image of the tulip?

The ruling might surprise some people, including Gort himself, because the images on the bottles do appear to have some similarities. That said, although Gort effectively has a trademark registration for the tulip image, he did not claim this trademark in the summary proceedings. As a result, the court’s only duty was to consider the use of the word ‘Tulip’.