Bitcoin is old hat, blockchain is more alive than ever

Trademarks
Written by Leon Olde Nordkamp
The considerable slump of Bitcoin at the end of 2021 seemed, according to some, to be the end of the crypto era. Yet the blockchain, the technology behind cryptocurrencies, may be more alive than ever. New applications for using this network emerge each day. This includes the well-known and nowadays infamous Non-Fungible Tokens (NFT). But what are they and what are the (legal) possibilities and impossibilities of this phenomenon? And what should you be looking out for as an entrepreneur?

What are Non-Fungible Tokens?

The NFT dates back to 2014, but the hype surrounding this phenomenon did not start until 2021. Simply put, the NFT is a set of data linked to the blockchain with a unique ID, which in turn is linked to a particular asset. The NFT itself therefore consists of a piece of code that contains the details of that underlying asset. This underlying asset can, in its turn, be anything. Current NFTs vary in many ways. There are images of monkeys, simple images of just a few pixels and even videos of the NBA’s best moments in 2021.

The value of such an NFT is in the non-fungible part. There is only one NFT with that particular code. This naturally creates scarcity, and where scarcity prevails, prices can be (very) high. Several images of the Bored Ape collection were sold for several millions of dollars.

Why do NFTs cost a ridiculous amount of money?

Then why are some of those simple images being sold for ridiculous amounts? To put this into perspective, below is an image of the first Tweet ever on Twitter. This image sold for a whopping 2.3 million dollars. Why, you think. After all, you can also just look up this tweet on Twitter and make the same image. The reason is relatively simple: the creator of this sold image is none other than Jack Dorsey, the founder of Twitter. The value lies in the fact that this image was made by Jack Dorsey and he has thus placed a kind of signature. It’s unique. And as we know from, for example, baseball pictures, signatures can become infinitely valuable because they are unique after all. Because the code is kept in the blockchain, it is clear that this NFT is unique and that it is not just a copy. This image is the Mona Lisa and all your own screenshots of this post are only the (photorealistic) copies that you can buy in the museum shop.

Are NFTs of interest to your company?

Millions of dollars for an image and unique codes. To many, this doesn’t concern them. However, this technology is also increasingly coming into play from a legal point of view. NFTs can be of interest to companies for two reasons. Firstly, the possibility that an NFT infringes your rights as an entrepreneur.

Example 1: an NFT on behalf of French fashion house Hermès

Your own NFT, of a product of your own company? At Hermès, it happened outside the company. As an example, the court case that is currently taking place in the United States. Hermès is a French fashion house, known for its BIRKIN bags. An American artist thought it would be a fun idea to also offer these bags as an NFT. The artist converted the image of the bag (see opposite) into an NFT and proceeded to sell it under the name MetaBirkin’s. This initially hit bull’s eye because the first bag was sold for 42,000 dollars. 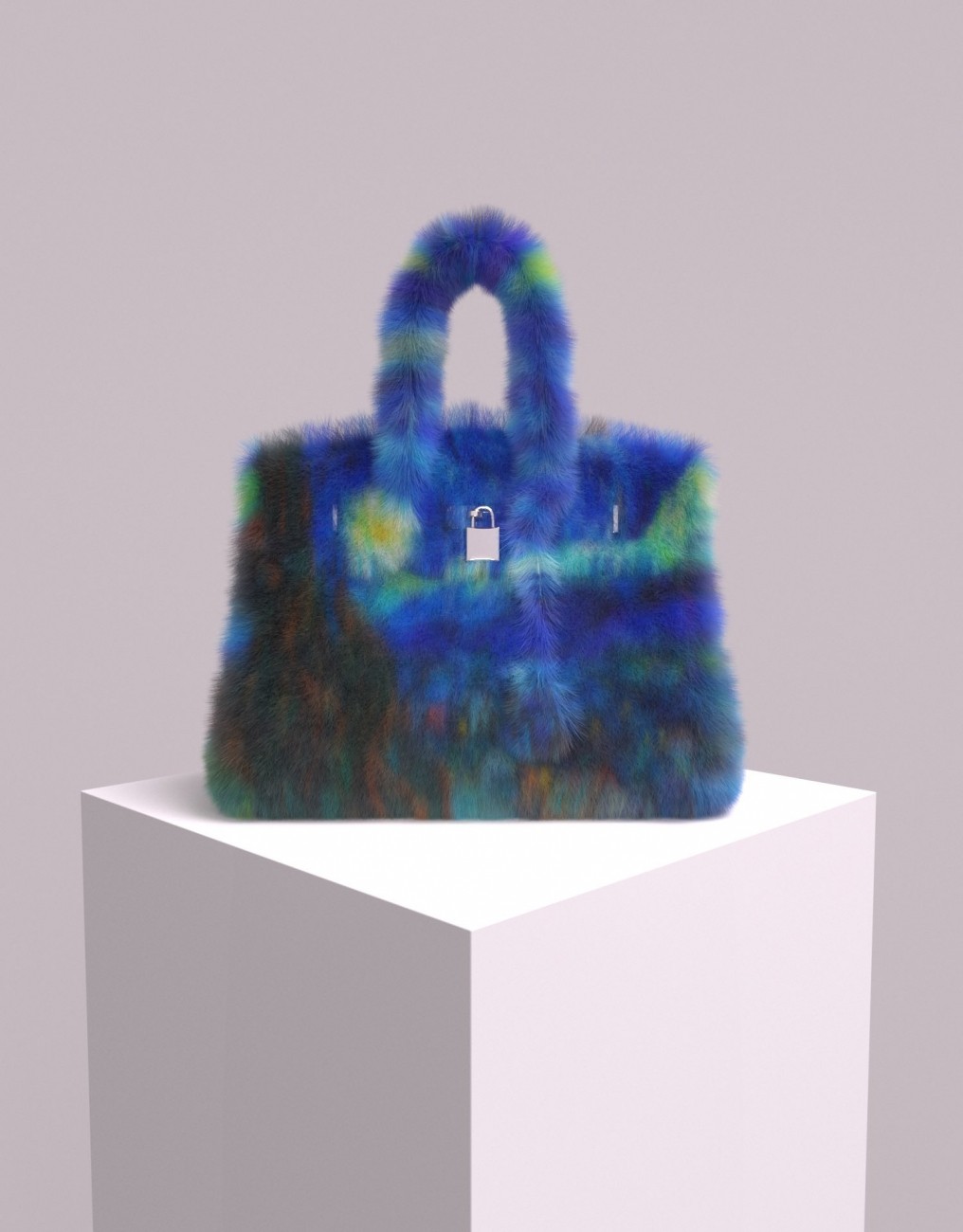 Hermès wasn’t happy with this and sued the artist. Hermès argues that the use of the name BIRKIN is an infringement of its trademark rights. This should be apparent, for instance, from the fact that the success of these NFTs is due to the fame of the BIRKIN bags. A consumer purchasing this NFT may believe the sale of these NFTs is authorised by Hermès and may therefore be worth extra.

Important: the main aspect is whether the current trademark rights, namely those for bags, etc., will be sufficient for an infringement. No bags are traded under the name of BIRKIN, it’s only a piece of code. I myself suspect that the reputation of the name BIRKIN will give Hermès sufficient protection to be able to act outside its registered classes, but the question is what this would be like if it concerns a non-renowned trademark?

Champagne producer Armand de Brignac is trying to anticipate this and has already registered a well-known bottle for, among other things, software and fungible and non-fungible token-based goods and downloadable virtual goods.

Example 2: MacDonalds generates a new stream of income through its own NFT

The second reason why it can be interesting are the exploitation possibilities for companies. McDonalds, for example, sold images of the McRib as a marketing ploy and created a new stream of revenue. It can also be interesting for companies in the case of unique products and counterfeit, or the automatic flow of royalties.

Because the source is traceable and the code is unique, you can link products in the “normal” world to your NFT in the “virtual” world. For example, Nike is already working on so-called Cryptokicks, giving you a virtual unique shoe in addition to your shoe. The question remains which intellectual property rights will soon be attached to these NFTs, and whether the original rights to the underlying content (i.e. not the code itself) will not be violated.

Doing away with the entire NFT world a bubble wouldn’t be right (for now). Because the possibilities are so unlimited, many interesting (legal) developments can still take place. Because let’s be honest, who wouldn’t want to own a unique Armand de Brignac bottle? After all, you also have to think about your virtual ego.