Designs
Written by Timo Buijs
Product design is an important tool for many companies to position themselves in the economic playing field. In creative product design, design registration can offer protection against, for example, imitation or the marketing of very similar products (provided the design is not only of a technical nature).

To be able to invoke an EU design registration against third parties:

In this article, the relatively abstract concepts of ‘novelty’ and ‘individual character’ will be discussed in more detail, partly in the light of a recent judgment of the General Court, in which a more specific explanation was given about the manner of assessing the individual character.[1]

Novelty and individual character are minimum requirements to qualify for design protection. The requirement of novelty concerns whether an identical design has already been made public. This seems like a relatively simple check in theory, but in practice, this requirement can be an obstacle. After all, how do you obtain a full clearance of what has already been marketed or published elsewhere? Incidentally, in the EU a so-called grace period of one year applies. This means a design already disclosed to the public or published elsewhere can still be registered as a valid design within one year of publication.

The role of EUIPO

When applying to register a design, the European Union Intellectual Property Office (EUIPO) does not itself check whether the design is legally novel and of individual character. These criteria are therefore not assessed when an application to register an EU design is received. It is up to third parties to question the validity of a design registration, for example, by initiating so-called revocation proceedings against the existing design registration.

1. Point of discussion: Individual character of a product design

When does it concern a ‘different overall impression’? One important factor is whether the designer has much or little design freedom when making creative choices. In the case of limited room to make free choices (for example, due to certain standards imposed by the industry), minor differences may be sufficient to meet the individual character requirement. However, if the room available for creative choices is plentiful, the bar is raised much higher and the differences should be much more profound. In that case, the designer must make an increased effort to deviate from existing designs, or at least so from a legal viewpoint.

3. Point of discussion: Trends within the industry

Now it may of course be the case that, within a certain industry, a certain trend can be seen in terms of product design. Consumers and buyers simply expect a certain (standard) design, on the basis of which it can be reasoned that very minor deviations should be sufficient to be able to speak of an individual character. After all, from a commercial viewpoint, a certain standard design has to be developed, as consumers or buyers expect this. The question is whether this argument can be maintained from a legal viewpoint, or whether commercial considerations play no role in determining the freedom of the designer.

In a recent judgment of the General Court, the key question was, among other things, whether the existence of a certain tendency to a certain extent restricts the freedom of the designer. If that were the case, less effort would be expected from the designer, thereby lowering the threshold for an individual character deemed to be present. 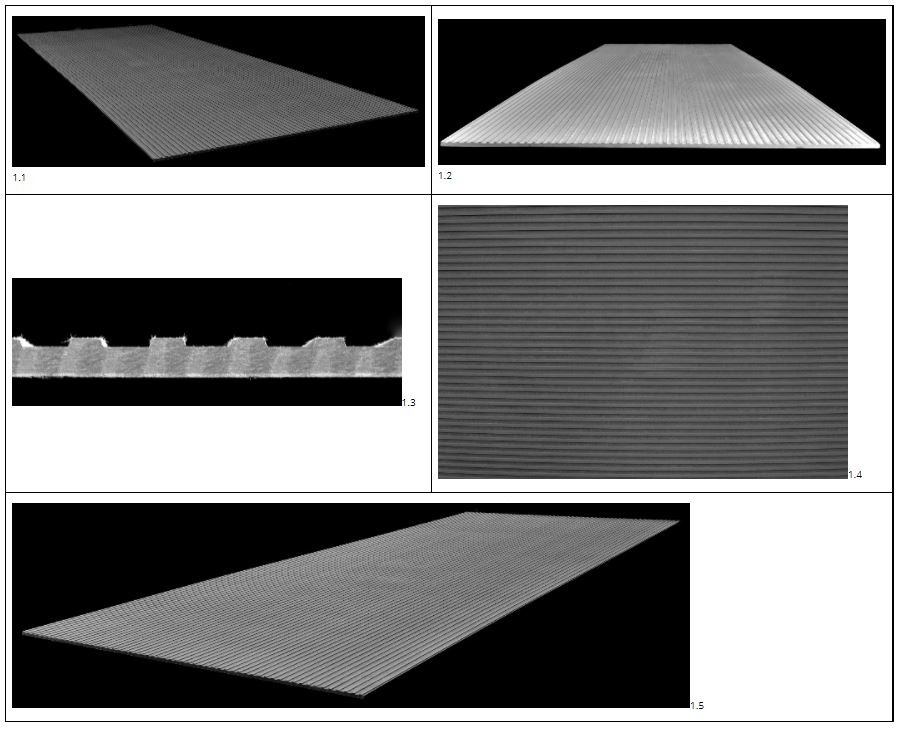 The key question was whether this design had an individual character compared to an existing design. For example, reference was made to the design below that was applied to a noise barrier.

In particular, the design owner’s defence was that the degree of freedom of the designer within this specific sector is very limited and that even a certain trend can be seen within the industry. The applied (minimal) differences compared to the older design should, in view of this limited freedom of the designer, be sufficient to be able to speak of an individual character. These differences, so it was argued, mainly consisted of the alleged dimensions, slant and proportions of the various elements of the conflicting designs.

Therefore, when examining the individual character of a design, the existence of a certain or general design trend within the industry is irrelevant. In other words: the examination assesses whether the overall impression of the design differs from designs and their impression disclosed previously, independently of aesthetic or commercial considerations.