The European Court of Justice ruling in the ‘red sole’ saga between shoe designer Louboutin and Dutch shoe store chain Van Haren has been interpreted as a Louboutin victory by the media. At a first glance, it may indeed seem like a victory for Louboutin, but it remains to be seen whether Louboutin will really benefit from this ruling in the long term.

Perhaps it is best to go back to the origins of this case: Christian Louboutin shoes are known for their red soles and feature in many films and TV series. The company registered these soles as a trademark in 2009, in the Benelux: 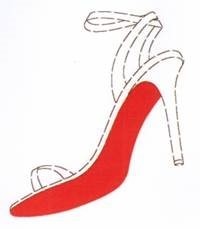 Louboutin’s red sole trademark is rather unusual as it covers both colour (red) and the position of the colour (on the sole of the shoe). This is also referred to as a ‘position mark’. The jeans brand Levi’s have a similar sort of trademark for their red label on the right back pocket of their trousers. Also, Adidas has a position mark for the three diagonal stripes they place on their shoes.

The District Court of The Hague was given the difficult task of deciding whether the red sole trademark should be seen as a ‘regular’ trademark or as a 3D trademark. This was an important distinction as additional criteria needed to be satisfied for a 3D trademark, which was not the case for other types of trade marks. For instance, a 3D trademark cannot be registered if the shape “gives substantial value to the goods”. Or, in other words, a shape cannot be registered as a trademark if it enhances the attractiveness of the product, causing consumers to purchase this product. If consumers purchase Louboutin shoes for its red sole, this would imply the sole determines the attractiveness of the shoe. A trademark registration for that same sole would therefore prove to be invalid, meaning Van Haren would not be committing trademark infringement.

The District Court of The Hague struggled with the question  whether the red sole should be regarded as a 3D trademark or a different type of trademark and therefore referred the case to the European Court of Justice. The European Court of Justice now ruled against the red sole trademark being classified as a 3D trademark. Consequently, the shape’s “substantial value” has become irrelevant rendering it meaningless whether or not the red sole enhances the attractiveness of the shoe. This should come as a great relief to Louboutin as it means the trademark is valid. Or so you would think.

This latest ruling may have little effect in reality. This is primarily due to the fact that European trademark legislation has undergone important reforms lately, ensuring the additional criteria no longer apply solely to 3D trademarks but also to other types of trademarks. Therefore, whether a trademark enhances the attractiveness of a product will continue to be relevant, not just for 3D trademarks but for other types of trademarks as well. This could negatively impact Louboutin’s red sole trademark as demonstrated by a different Louboutin case, in which the District Court of Brussels decided that the red soles do give the shoes substantial value. The District Court of The Hague hinted at a similar conclusion in its previous ruling too.

Consequently, it is debatable whether this legal battle will really end in a victory for Louboutin. Only time will tell, particularly once the courts start examining the reformed trademark legislation.