The Bulldog vs Red Bull: inside the bull fight

Trademarks
Written by Milca Graver-De Looper
After fourteen years, the protracted legal fight between coffee shop The Bulldog and energy drink brand Red Bull is over. Representing eventual winner The Bulldog, NLO Shieldmark’s Milca Graver-de Looper was involved in the case from the start. What can be learned from this case?

Founded in 1975, The Bulldog is a very well-known coffee shop, not just for Dutch residents but also for large numbers of tourists and celebrities. Besides cannabis, the coffee shop sells tobacco products, clothing and souvenirs under the name The Bulldog. There is also a hotel and The Bulldog rents bikes. So far, so good. However this changed when, many years after the establishment of The Bulldog, a new phenomenon was introduced in the Netherlands: energy drinks.

Emergence of the energy drink

In 1997, Red Bull launched its now very popular energy drink on the Dutch market. Soon more companies started selling energy drinks, including The Bulldog. Red Bull objected and in 2003 issued a demand for the company to stop doing so. Red Bull felt that this constituted trademark infringement. According to the company, the similarity between the two names was confusing and The Bulldog would benefit unfairly from Red Bull’s widespread reputation. This marked the start of the long, drawn-out “bull fight”. 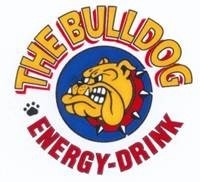 Too many similarities or not?

Are brands whose names include the word “bull” automatically similar? Or are the differences between both brands clear? The Bulldog’s logo shows a dog and is portrayed on the coffee shop’s energy drink cans. Red Bull uses a bull in its logo, an animal which bears very little resemblance to a dog. Also, many people know the meaning of the English word “bull”. Furthermore, The Bulldog’s name and fame dates back to 1975 and the brand was already registered for non-alcoholic drinks in 1983. So long before anyone had heard of Red Bull and energy drinks.

Initially the court rejected Red Bull’s claim. According to the judge, there were too few similarities between the two brands. Red Bull appealed and three years later the Court accepted its claim as founded. The Court felt that there was the possibility of confusion among the public because both brands included the word “bull”. Statements by The Bulldog played a major role here. According to the Court, these suggested that the company wished to benefit from the prestige of Red Bull. This time it was The Bulldog which did not agree with the ruling and the case ended up in the Supreme Court of the Netherlands.

The explanation of the European Court is important for many companies, because it is obviously a great advantage to market a new product under an existing, strong brand name.
Milca Graver-de Looper - Trademarks & Designs

Didn’t the fact that The Bulldog already had a considerable reputation play a role? When they hear the name, many people immediately think of the coffee shops, particularly in combination with the distinctive logo. Furthermore, The Bulldog is a catering establishment which applies its brand name to a wide assortment of products. Thus introducing energy drinks seemed a logical way to expand its product range. Might The Bulldog therefore have “valid reasons” for using its brand name for the new product? The Supreme Court decided to obtain clarification from the European Court. Can there be “valid reasons” when a company introduces a new product on the market under a name which is already familiar from other activities?

The European Court assessed the Supreme Court’s question in a general sense. According to the Court, there may be valid reasons in the situation outlined by the Supreme Court. Whether this is actually the case depends on the brand’s reputation, the extent to which the new product is linked to products/services which have an existing reputation and the relevance of the brand use for the product.

The explanation of the European Court is important for many companies, because it is obviously a great advantage to market a new product under an existing, strong brand name.

Armed with the European Court’s explanation, the Dutch court needed to settle the “bull fight”. And on 14 March 2017, it finally did: the court ruled that The Bulldog had not violated the trademark rights of Red Bull. The word “bull” may occur in both names, but the court did not feel there was any danger of confusion. Its decision was based on the design differences between both logos and the conceptual differences between bull and dog. This brought to an end the fourteen year legal dispute, a fight that clearly demonstrated that one “bull” is not necessarily the same as another.